The latest tax map in the United States might add to the debate over whether Wisconsin should end or reduce its personal income tax.

The Tax Foundation’s new report looks at income tax rates across the country, and Wisconsin comes in as one of the most taxed states in the Midwest.

Among our neighbors, both Illinois and Michigan have lower income tax rates than Wisconsin.

“I think a lot of Wisconsinites would be surprised to learn that Illinois of all places has a flat and much lower income tax rate. If Wisconsin wants to attract businesses and residents from high-tax Minnesota and highly regulated Illinois, policymakers should start by dramatically lessening our tax burden,” The Badger Institute’s Michael Jahr told The Center Square.

The report comes as Republicans at the Wisconsin Capitol push toward lowering and eventually eliminating Wisconsin’s personal income tax.

Jahr said the Badger Institute has worked with the Tax Foundation on a range of tax reform options that would make Wisconsin more competitive.

“A fair and pro-growth tax structure, combined with Wisconsin’s overall fiscal health, would make the Badger State an even more inviting place to do business. Whether it’s through flattening, eliminating or better balancing our various taxes, the need for reform is pressing,” Jahr said. “People factor in things like taxes when deciding where to live or locate a business. States without an income tax clearly have an advantage as evidenced by the population and business growth they’ve experienced in recent years.”

There are seven states without a state income tax, and another 11 that have flat income taxes. Wisconsin is not on either list.

The Tax Foundation’s report states that income taxes make-up a sizable chunk of state revenues across the country, accounting for about 36% of all monies that states take-in. In Wisconsin, that number is closer to 50%. 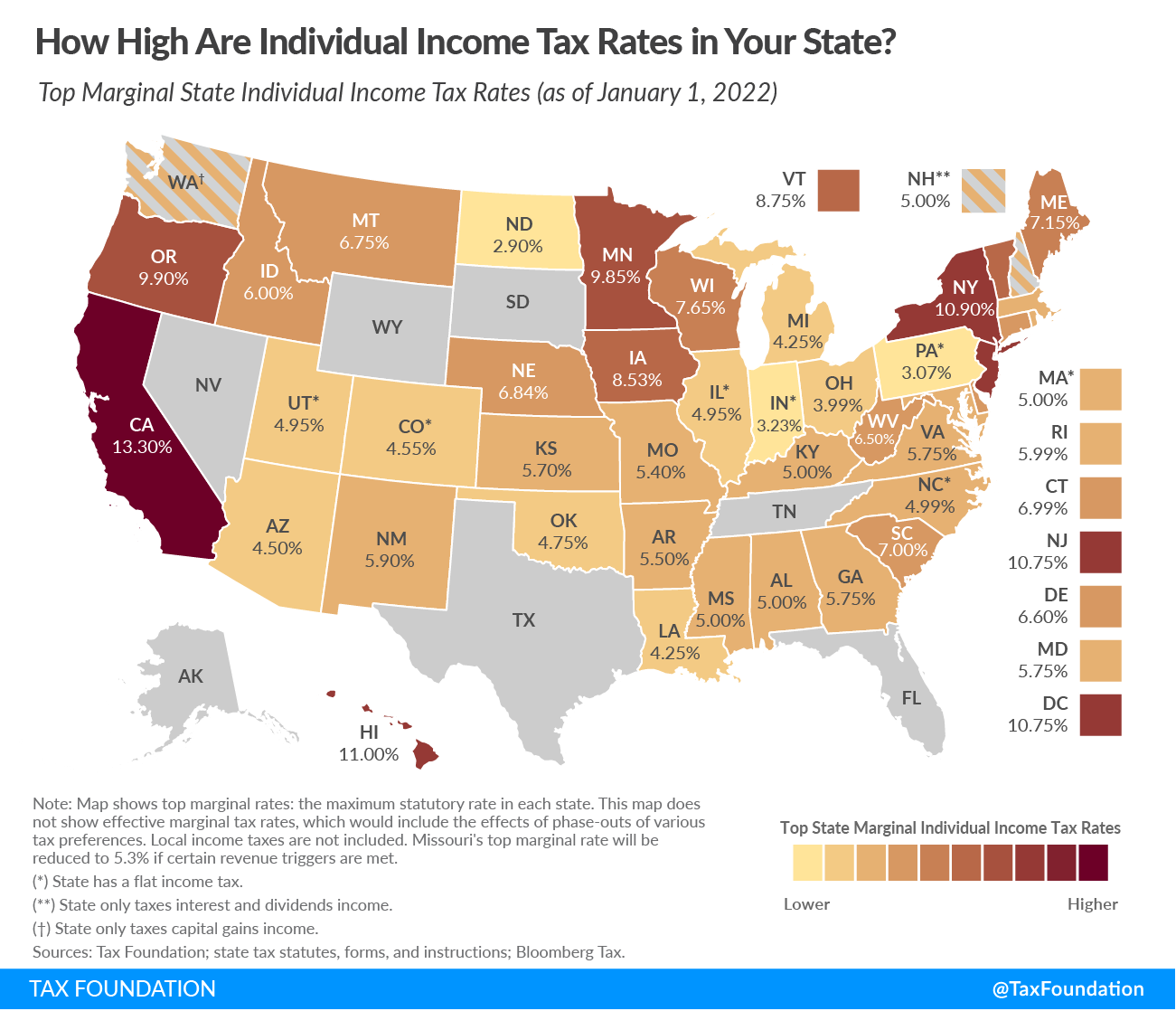 Iowa is proposing a 4 percent flat tax, so it my drop even farther behind Wisconsin in tax rate.

I remain unconvinced that eliminating the state income tax is going to happen. For one thing, the most complained about tax is not ]income taxes, nor is it the sales taxes, it’s property taxes, to relieve which income and sales taxes were created and raised repeatedly.