I normally do not follow NASCAR particularly often beyond perhaps two races — the season-opening Daytona 500 and the Memorial Day-weekend Coca~Cola (formerly World) 600.

The former is sort of NASCAR’s Super Bowl even though it starts the NASCAR season. The first live 500 … 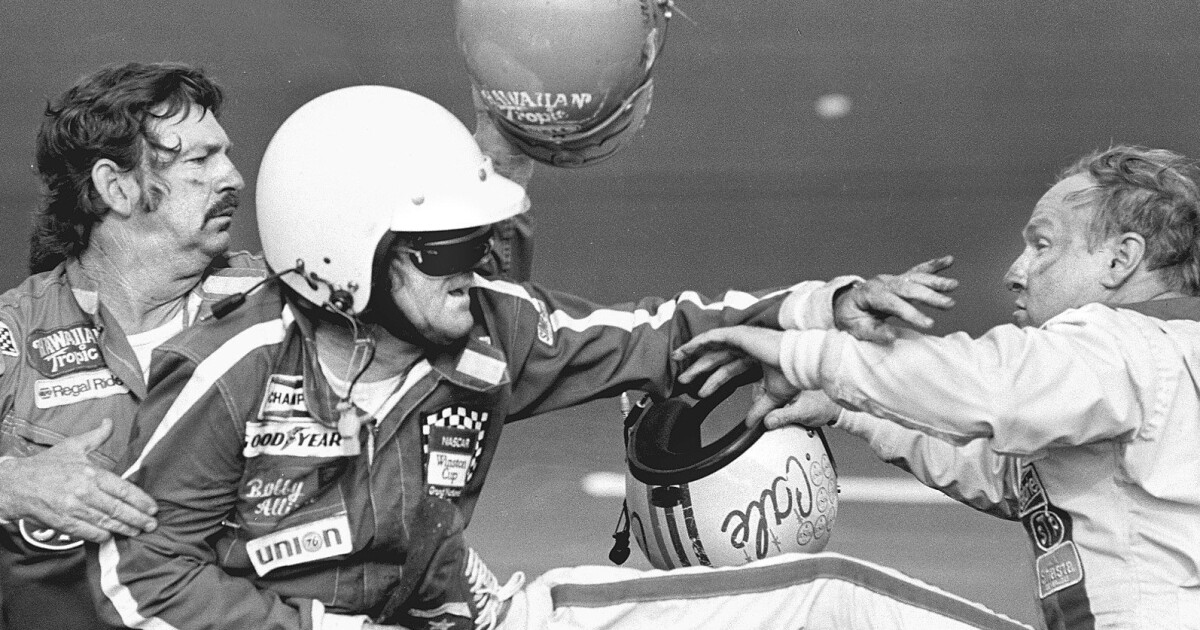 (CBS’ race analyst, by the way, was David Hobbs, who will be happy to sell you a Honda in Milwaukee.)

The Coca~Cola 600 became a family tradition when it moved to the Sunday evening of Memorial Day weekend, we started going to Glen Haven for its Fire Department catfish festival, and we started listening to the race on the radio.

Before that, I have been to Road America a few times since the first time in the early 1980s. Somewhere I have pretty good photos of the track, including cars that spun out in front of me. There is also a photo of me looking as if I’m attempting to break into a Ferrari (that may have been owned by a certain Wisconsin car dealer you may have heard of). There are probably no photos of the Three Mile Island-level sunburn I got that day. (I had to peel myself out of bed the next day.)

I went to a few Road America events during my days as editor of Marketplace Magazine. In one I stood near the start/finish line and watched Vic Edelbrock fire up a 1960s Corvette race car for one vintage practice race. Shortly before or afterward I walked past a tent where Carroll Shelby was signing autographs.

The last time I went was in 2010, when I parked my car in media parking, my Subaru Outback kind of pale in comparison with the Corvettes and Porsches parked there that apparently belonged to motorsports journalists. (I should have bought a Corvette, though I’m not sure at which previous point in my life it would have made financial sense to do that.)

For some reason I have been getting NASCAR emails. That turned out to be a good thing this one time, because the most recent email says:

NASCAR officials released the 2021 Cup Series schedule Wednesday, introducing three new tracks, expanding to six road courses and placing a dirt-track race on the calendar for the first time in more than 50 years.

Next year’s Cup Series remains at 36 point-paying races, starting as it did this year with the season-opening Daytona 500 (Feb. 14) and ending with the championship finale at Phoenix Raceway (Nov. 7). In between those bookends, there are new venues and schedule shuffles as part of the dramatic changes long hinted at by NASCAR officials.

Among the shifts for 2021 are these highlights …

NASCAR has been at Road America before, though not in its top level, since the aforementioned 1956 race.

Somewhere there is a video of a NASCAR truck race with three trucks going down the two-lane track before the one-lane turn. It’s a wild sight.

I may have to go cover this in July.