One week ago I wrote about the ridiculous new National Museum of African American Culture exhibit that claims that these attributes demonstrate “whiteness.” 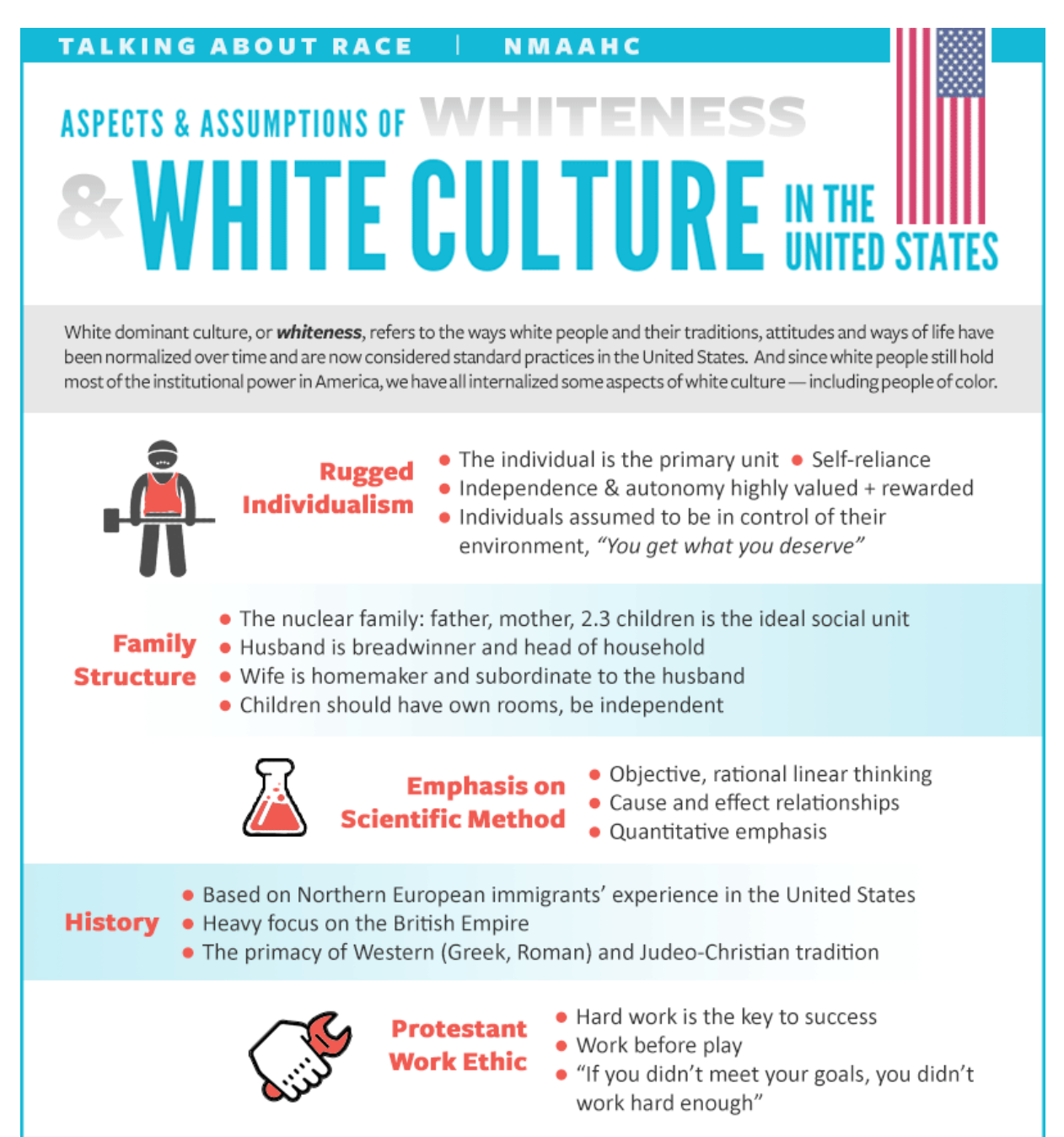 A Smithsonian museum apologized for a chart listing hard work and rational thought as traits of white culture.

The National Museum of African American History and Culture said in a statement Friday that it was wrong to include the graphic in an online portal about race and racism in America.

“It is important for us as a country to talk about race. We thank those who shared concerns about our ‘Talking About Race” online portal. We need these types of frank and respectful interchanges as we as a country grapple with how we talk about race and its impact on our lives,” the statement said. “We erred in including the chart. We have removed it, and we apologize.”

The educational resource released by the Washington D.C. museum is intended to serve as a guideline for discussing race.

It includes a section about “whiteness.”

A chart included in the section titled “Aspects and Assumptions of Whiteness in the United States” included the culture traits, which included “hard work is the key to success” and “objective, rational linear thinking,” Newsweek reported.

“White dominant culture, or whiteness, refers to the ways white people and their traditions, attitudes, and ways of life have been normalized over time and are now considered standard practices in the United States,” the graphic says. “And since white people still hold most of the institutional power in America, we have all internalized some aspects of white culture — including people of color.”

According to the chart, those aspects included self-reliance, a nuclear family where the husband is the “breadwinner” and the wife is a “homemaker,” “no tolerance for deviation from single god concept,” respecting authority, planning for the future and “bland is best” in aesthetics.

The museum says it is reviewing policies to ensure quality of digital materials.

“Education is core to our mission,” the statement said. “We thank you for helping us to be better.”

The museum’s apology comes at a time when people across the United States are calling for better race relations in the wake of the death of George Floyd, a Black man who died in police custody on Memorial Day. His death has sparked protests nationwide that led to the removal of statues tied to slavery and racial stereotypes in the business and sports worlds.

None of which have actually improved race relations. It also seems doubtful that “talk about race” is going to improve race relations given that that “talk” (based on personal observation) has devolved into a set of demands by Black Lives Matter supporters, one of which is that non-whites talk and whites only listen. Dialogue is not one-way.