Ford Motor Co.’s introduction of the Bronco, in two-door and four-door models plus the “Bronco Sport” (don’t call it an Escape), brings an opportunity for some vehicular history.

That’s after this amusing meme:

John Leblanc provides the “begats” of the sports utility vehicle:

While everyone from teenagers to grandparents can be found behind the wheel of an SUV today, the first iterations of these functional vehicles were primarily sold to commercial users like the military, police and fire departments and forestry and mining companies. Chronologically, here 10 of those pioneering SUVs:

While Chevy’s pioneering Suburban was perfectly adequate for well-groomed roads, the seven-passenger Jeep Station Wagon was one of the first SUVs to introduce four-wheel drive for customers in more remote or wintry locales. With more than 300,000 built, the Jeep Station Wagon was one of Willy’s most successful vehicles after the Second World War. It remained in production three years after the larger Jeep Wagoneer debuted in 1963.

Directly inspired by the Willy’s CJ, Britain’s Rover introduced the Land Rover Series I as a four-wheel-drive farm and utility vehicle four years after the Jeep went on sale. While the first models were two-door convertibles, in 1956 hardtop station wagon models with seating for up to 10 passengers debuted. The ancestor to today’s Defender (currently not sold in Canada), the Land Rover Series I through III were replaced in 1986 by the Ninety and One Ten models.

Like the Land Rover that preceded it, the original Toyota Land Cruiser was inspired by Jeep’s CJ. The first retail two-door Model BJ models were conceived as purely utilitarian 4WD vehicles for police and forest workers. In 1958, Toyota introduced a hardtop version and started selling the Land Cruiser in North America. In 1960, the iconic 40 Series (the model today’s FJ Cruiser was inspired by) went on sale. It promptly became Toyota’s best-selling model between 1961 and 1965 in the U.S.

In the 1950s, IH decided to give Jeep’s CJ some much-needed competition. Until Ford introduced its similar-in-concept Bronco in 1966, the CJ, Scout and Land Cruiser were the primary offerings in the small, two-door SUV market. Although it was originally conceived to have an all-plastic body, the original Scout was eventually built with more conventional (and less expensive) steel, and had many of the attributes of the CJ, like a fold down windshield.

The Scout Traveler is pictured. This is the original (and clearly very Jeep-like) Scout … 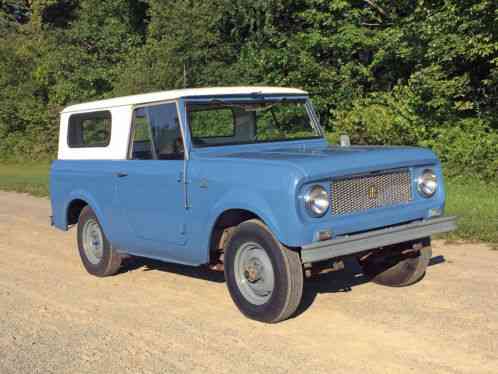 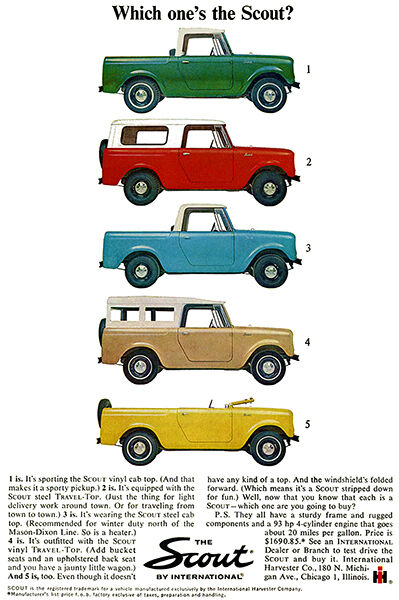 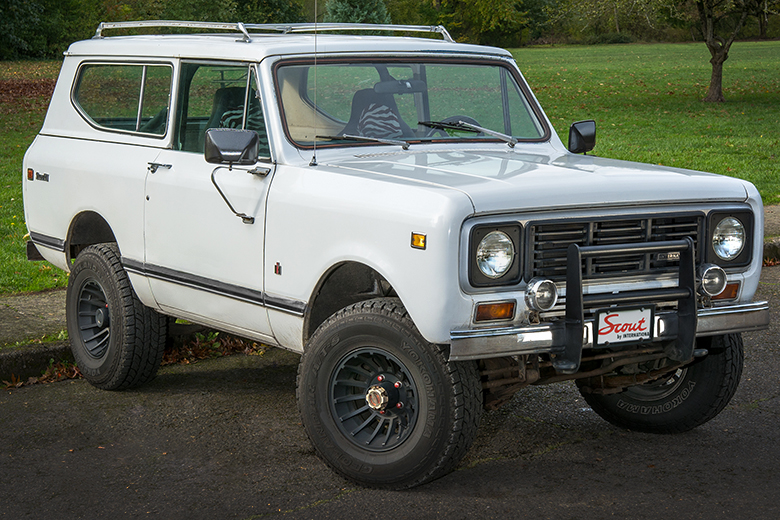 … pickup (with hard- and soft-top options) … 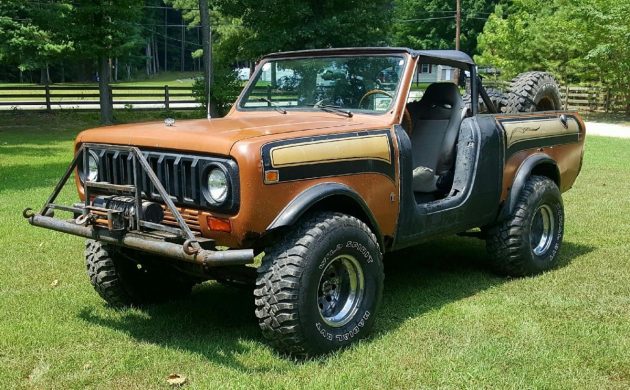 While some will argue that modern luxury SUVs take their cue from the original 1970 Land Rover Range Rover, the first true luxury SUV was the 1963 Wagoneer. The Jeep station wagon essentially established today’s SUV template: 4WD, a lot of room for passengers and their cargo, and higher levels of creature comforts. Designed as a replacement for the aforementioned Jeep Station Wagon, the Wagoneer shared its platform with the Jeep Gladiator pickup. It carried six passengers comfortably, was offered in both two- and four-door models, and was the first 4WD SUV to offer an optional independent front suspension for improved ride comfort.

Historians will look at the introduction of the Ford Explorer in 1990 as the spark that set off the modern SUV craze. But the Cherokee that debuted six years earlier was the real pioneer of its era, paving the way for today’s more car-like crossover-utility vehicles. The midsize Cherokee was the first Jeep with a truck-like ladder-boxed chassis combined with a car-like monocoque unit. This allowed the Jeep to be more space-efficient than larger rivals like the Blazer and Bronco. The four-door Cherokee was especially influential, inspiring not only the ’90 Explorer, but also the forcing rivals like Nissan, General Motors and Toyota to add four-door models to their midsize SUV offerings.

Actually, before the Explorer was the Bronco II, based on the Ranger compact pickup, which debuted in the early 1980s with the Chevy S-10 Blazer (and GMC Jimmy), based on the S-10 (and S-15) compact pickup. The Explorer got two more doors as well, just as the two- and four-door small Cherokees. The big Jimmy became the Yukon in 1991, and the big Blazer became the Tahoe in 1994. Each gained two doors, and now you can’t buy a new two-door Tahoe or Jimmy.

As mentioned, the Bronco started as a Jeep CJ and Scout competitor. It was slightly larger and slightly less Spartan than the CJ. 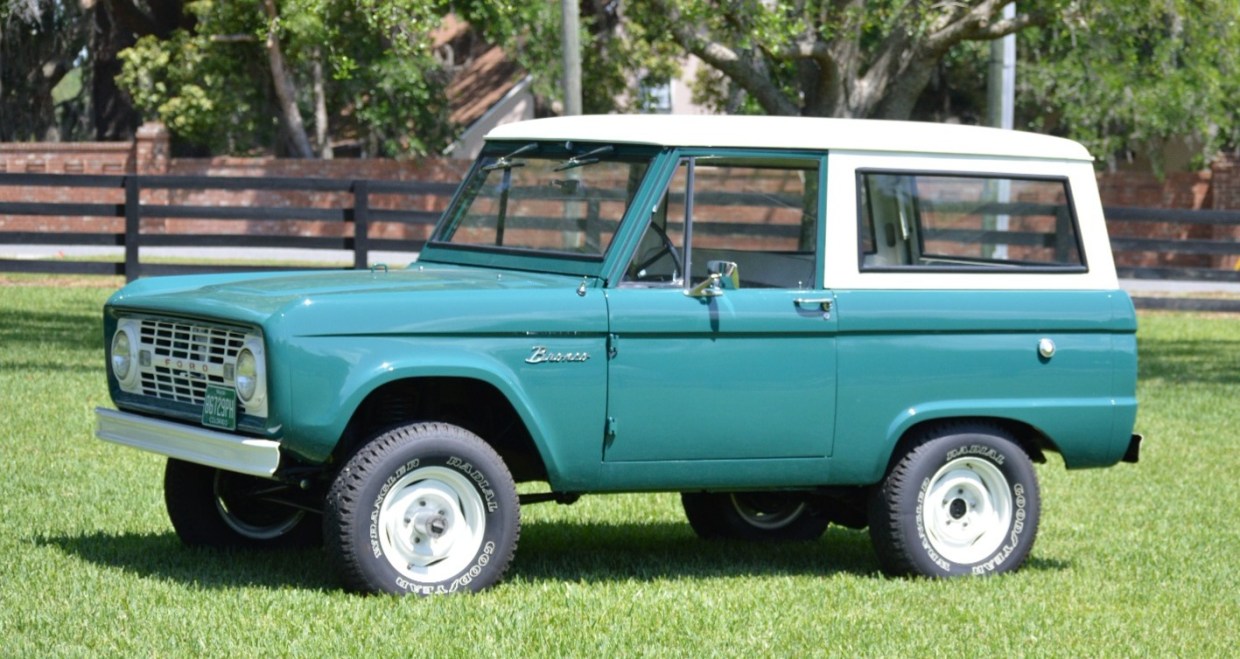 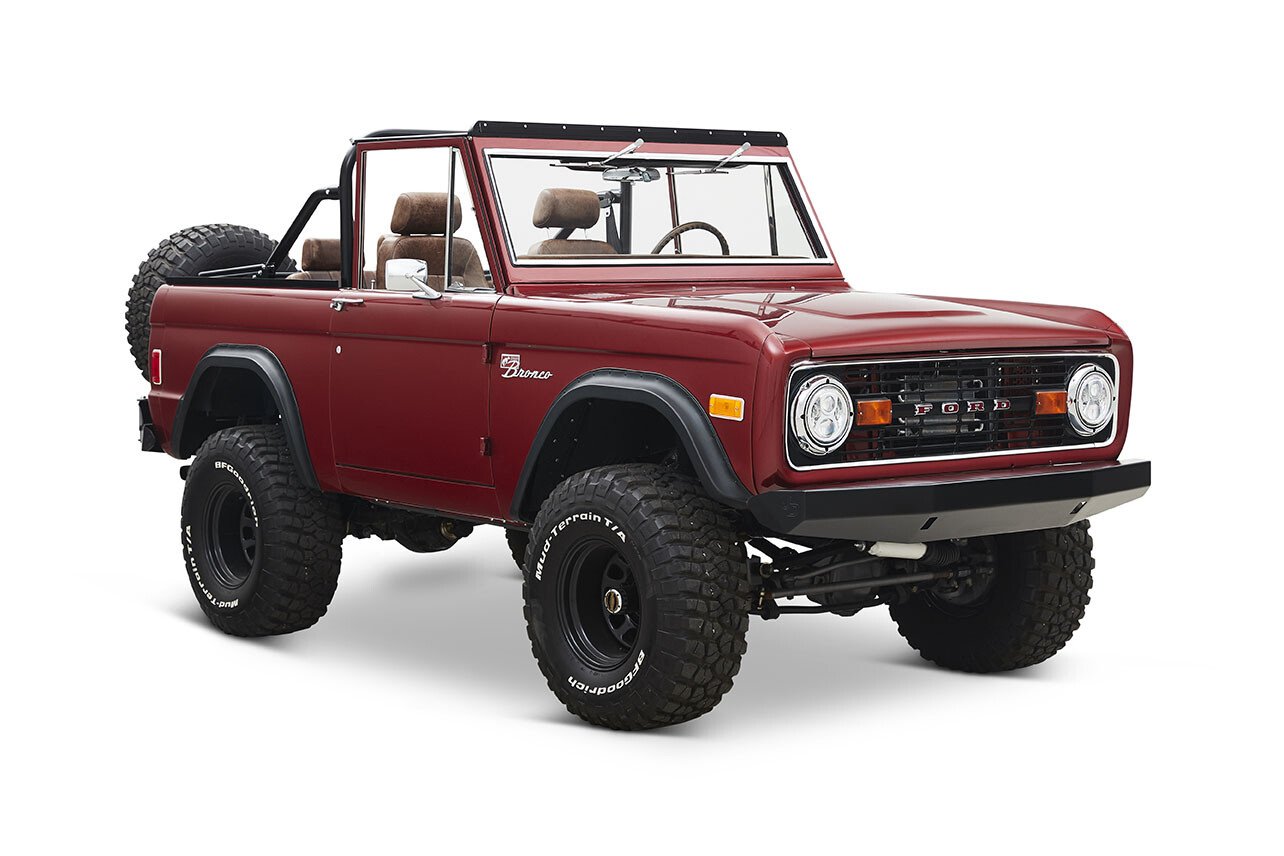 The sales success of the larger Blazer … 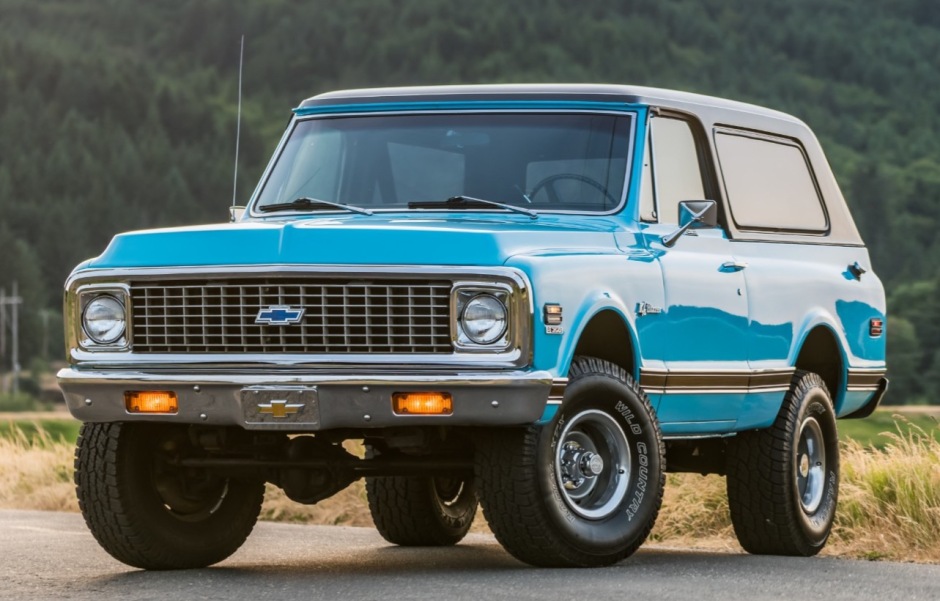 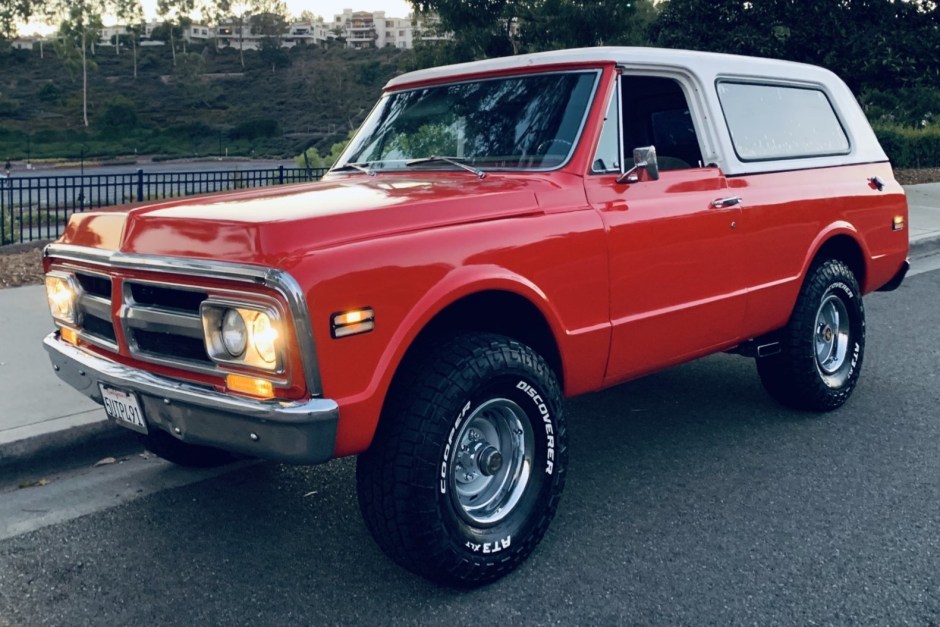 … and Cherokee and Wagoneer … 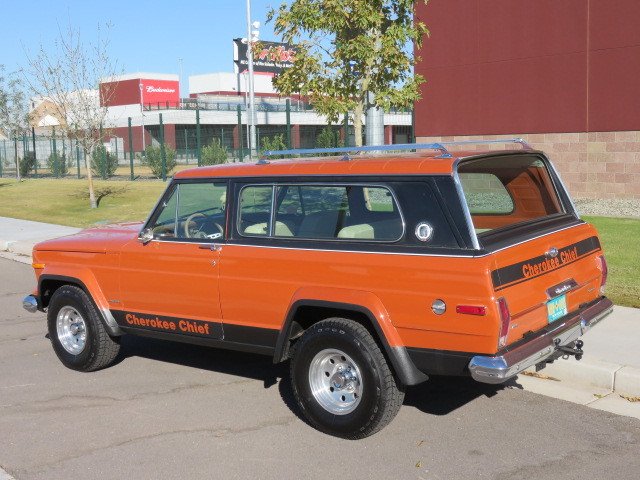 … prompted Ford to do what GM and Chrysler had done and create a new Bronco based on a shortened half-ton pickup chassis. 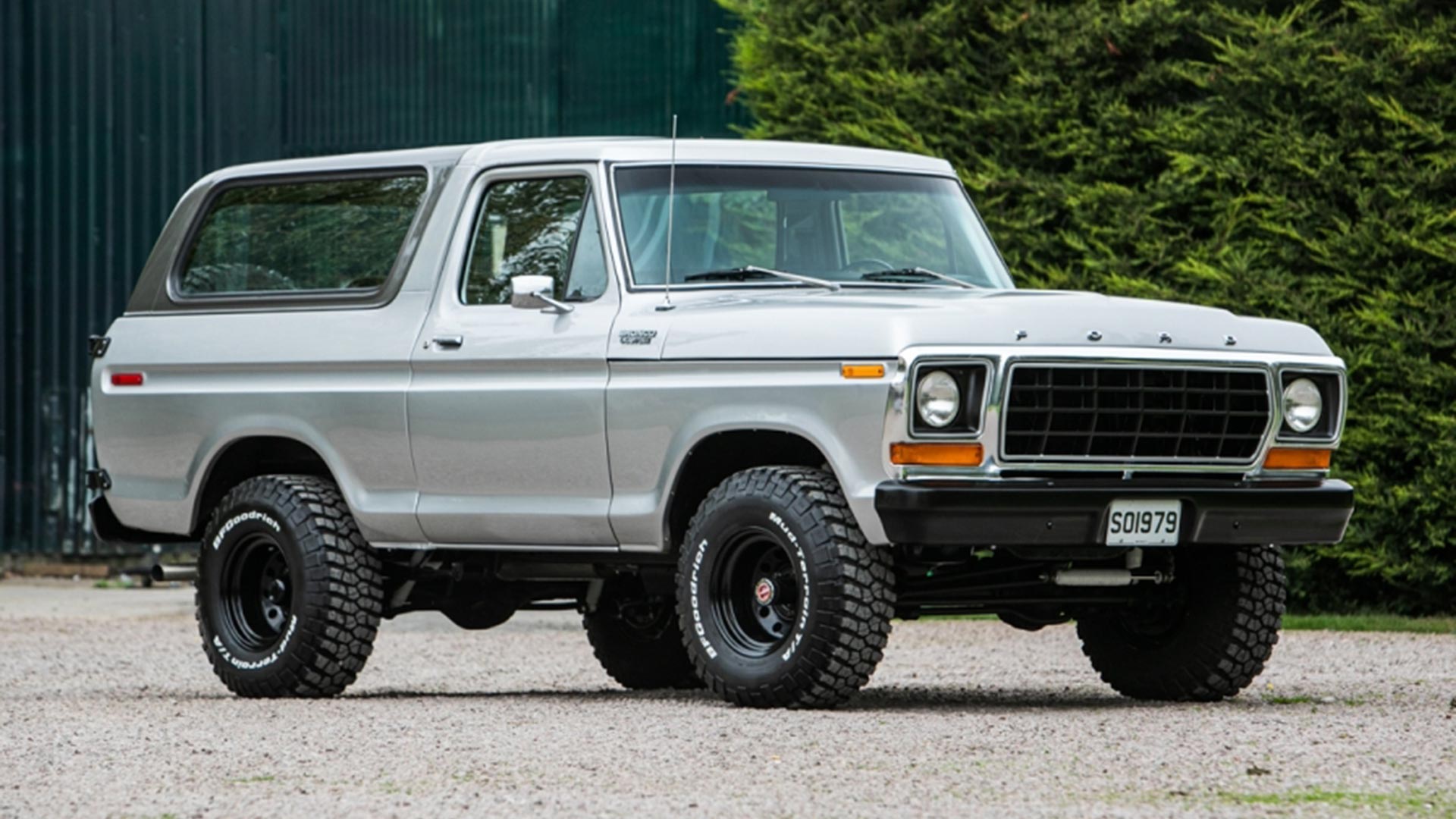 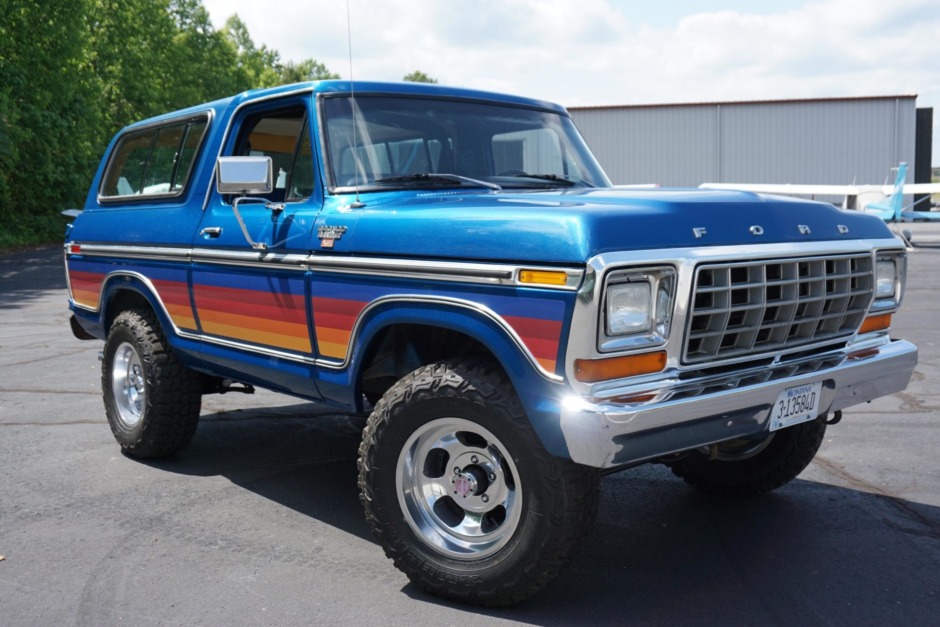 The most famous Bronco of all belongs to O.J. Simpson:

I’ve written an explanation before about the popularity of SUVs vs. what car magazines want (hint: cars) and the naysaying of environmentalists and others. As cars decreased in size (and therefore capability), there were the truck-based SUVs, which provided the utility of the old-style big station wagons, as well as the safety of size. In an era where gas prices were relatively low, no one cared about gas mileage of less than 20 mpg.

The zenith of the big SUV was probably in the 1990s, when Ford replaced the two-door Bronco with the four-door Expedition, based on an F-150, and then added the even-bigger Excursion, based on the Super Duty pickup. I believe writer Dave Barry noted the Excursion and wrote that Chevy was going to come up with its own super-Suburban, the Subdivision. (The Excursion and its optional diesel engine is gone, replaced by the Expedition XL, with neither a diesel nor a V-8.)

Since then, it seems as if SUVs are about all you can buy, except that the big SUVs are less common, replaced by SUVs based on non-trucks. We have a Honda Pilot, which is based on the Odyssey van, which in turn is based on the Accord sedan. The CR-V small SUV is in turn based on the Civic. The current Blazer and GMC Acadia are “crossovers,” not trucks.

Two pieces of good news for enthusiasts is that the Bronco can be purchased with two doors instead of four, and a few models have standard seven-speed manual transmissions. The bad news is the stick is only available with the weaker four-cylinder engine. There is also no V-8 option. So it only partly matches a Rezvani Tank.