I was young in the 1970s (weren’t we all), when I first started becoming interested in cars.

I was interested in other four-wheeled vehicles too, including custom vans. No, not this van … 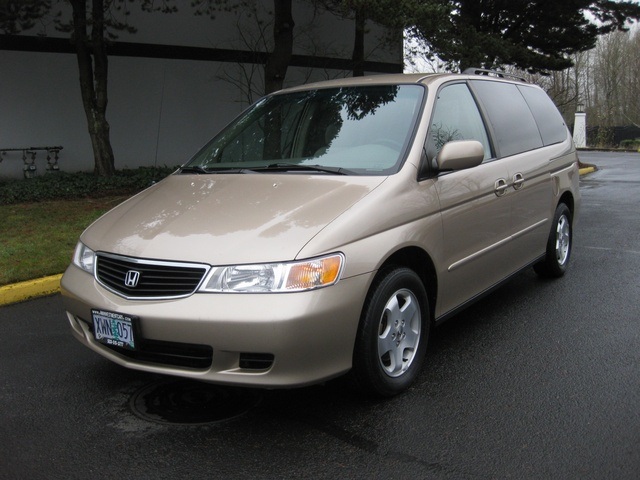 … which is technically a minivan, (a depiction of) our 2001 Honda Odyssey. As an appliance, it was a marvel of function and design. As a driving experience, it was like driving a Honda Accord, because it was based on an Accord, also a marvel of design and function, though if you use a synonym you can spell “function” without “fun.”

For some reason (coronavirus boredom?) Automobile Magazine found a list of van-based movies, which was the genesis for this blog:

Sometimes bad can be good—especially when we are referring to vansploitation movies of the 1970s. Like the hot-rod and biker movies of the 1950s and 1960s, the 1970s was the golden age of movies about vans. But let us be clear: This genre of celluloid includes some of the cheesiest, most sexist, and dumbest plotlines in motion picture history—think “Smokey and the Bandit” meets “Porky’s”—but it also includes some of the coolest customized vans of all-time. Chances are you’ve probably never heard of or ever watched any of these silly vansploitation flicks, so know up front that the vans usually feature wild paint jobs with suggestive graphics, shag carpeting, CB radios, waterbeds, mirrors on the ceiling, refrigerators, toasters, and much more.

Here are four essential vansploitation movies to check out.

The earliest known vansploitation movie of the ’70s is “Blue Summer,” directed by Chuck Vincent—who is known mostly for directing a number of the era’s adult films. Basically, it is the story of two beer-swilling high-school graduates who meet female hitchhikers, a preacher, a righteous biker, and other crazy locals in their groovy Dodge van with flowers all around and a butterfly up front. The beat-up gray van is named “The Meat Wagon” by its owner, and you can guess that this one isn’t exactly for the kiddos.

This vansploitation film features one of the coolest custom vans of all time. The star of “Supervan” is named “Vandora,” and it’s a solar-powered machine with lasers that was created by George Barris. The legendary “King of Kustomizers” used a Dodge Sportsman as the base for his futuristic ride, and he also appears as a judge in the movie. Poet and writer Charles Bukowski also makes a cameo and can be seen briefly during a wet t-shirt contest. You can skip the first 20 minutes of this movie because that’s when Vandora finally enters the scene. Far out, man.

“Bobby couldn’t make it … till he went Fun-Truckin’!” teases the poster for this classic pile of vansploitation. “The Van” is directed by Sam Grossman and is about a kid that spends all of his money on a customized bright yellow Dodge dubbed “The Straight Arrow.” It has a huge glass window with giant phallic arrow graphics on its sides—it’s not very subtle at all. Strangely, the theme song “Chevy Van” by Sammy Johns is used throughout the movie’s terrible soundtrack. Go figure. Also as a bonus, funnyman Danny DeVito co-stars in a pre-“Taxi” type of role with a slight “It’s Always Sunny in Philadelphia” character vibe.

As with other vehicles of the day, vans could be mechanically improved by choices of wheels and tires, additions of sidepipes, or engine upgrades. None of that changed the reality of the van as large and heavy. 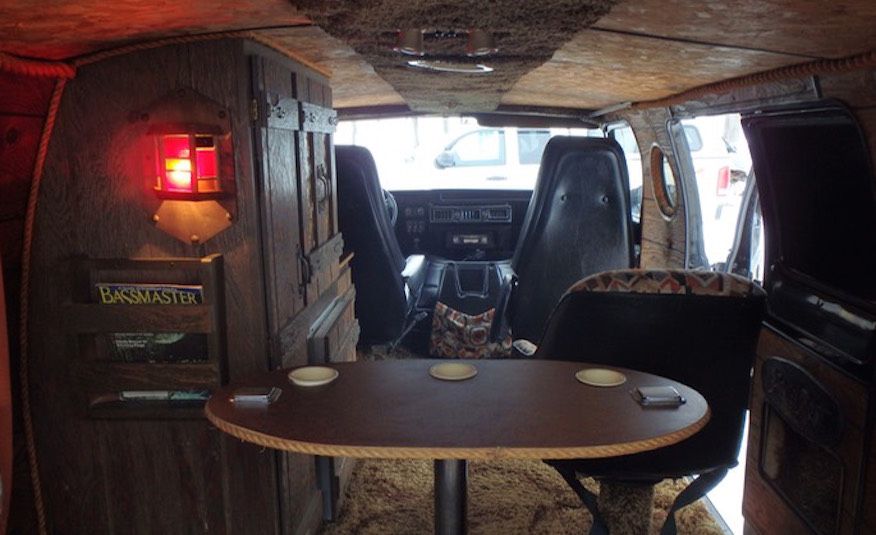 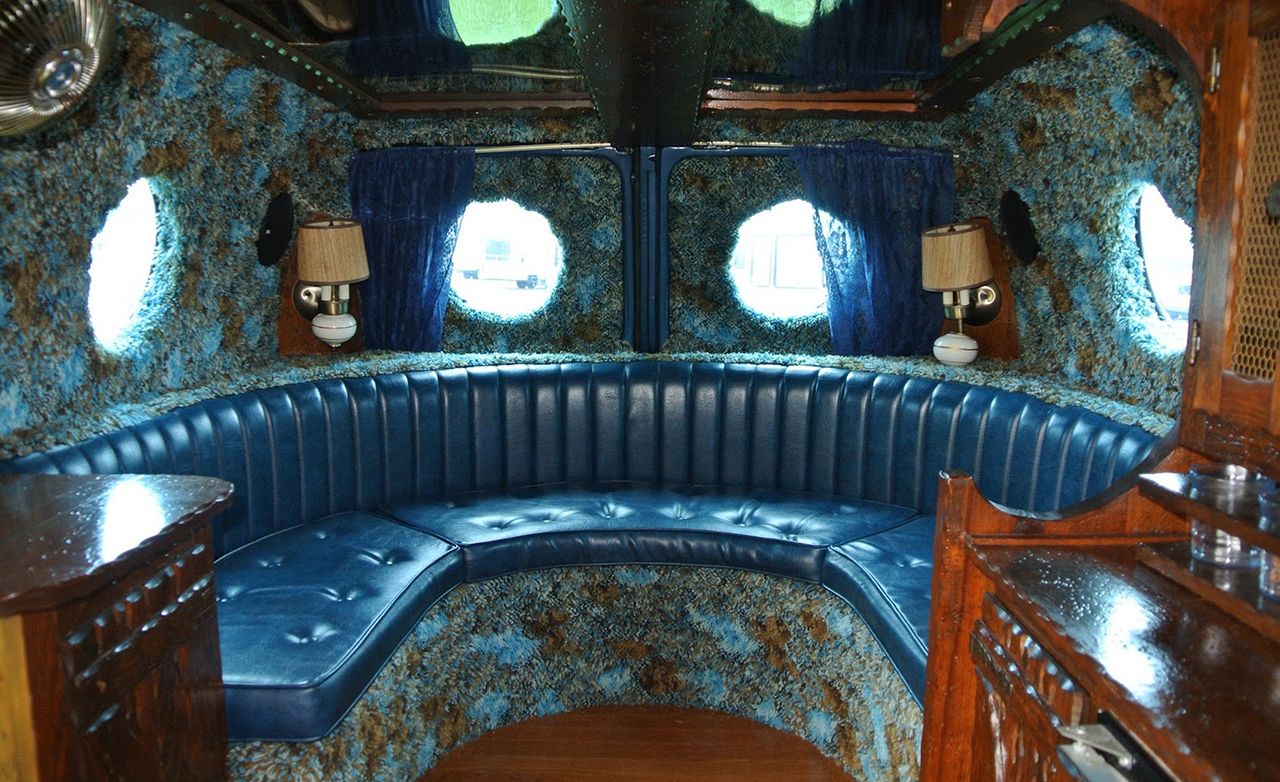 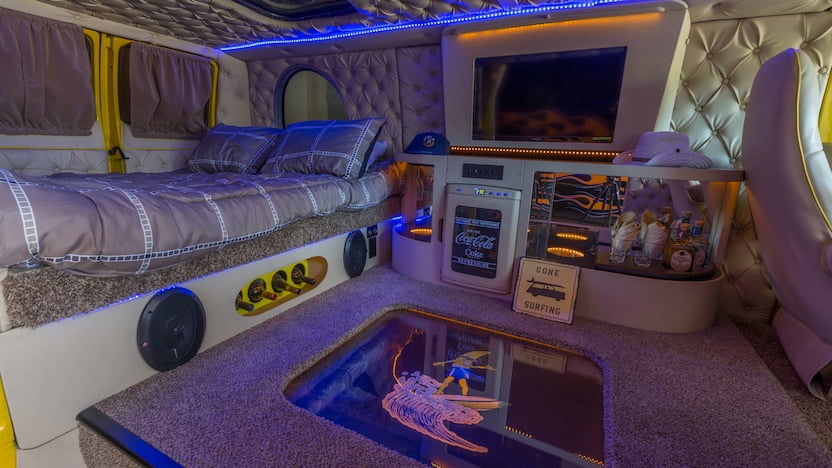 Van exteriors, specifically the vast expanse between the front doors and the back doors, were a canvas for the creativity or interests (and budget) of the owner: 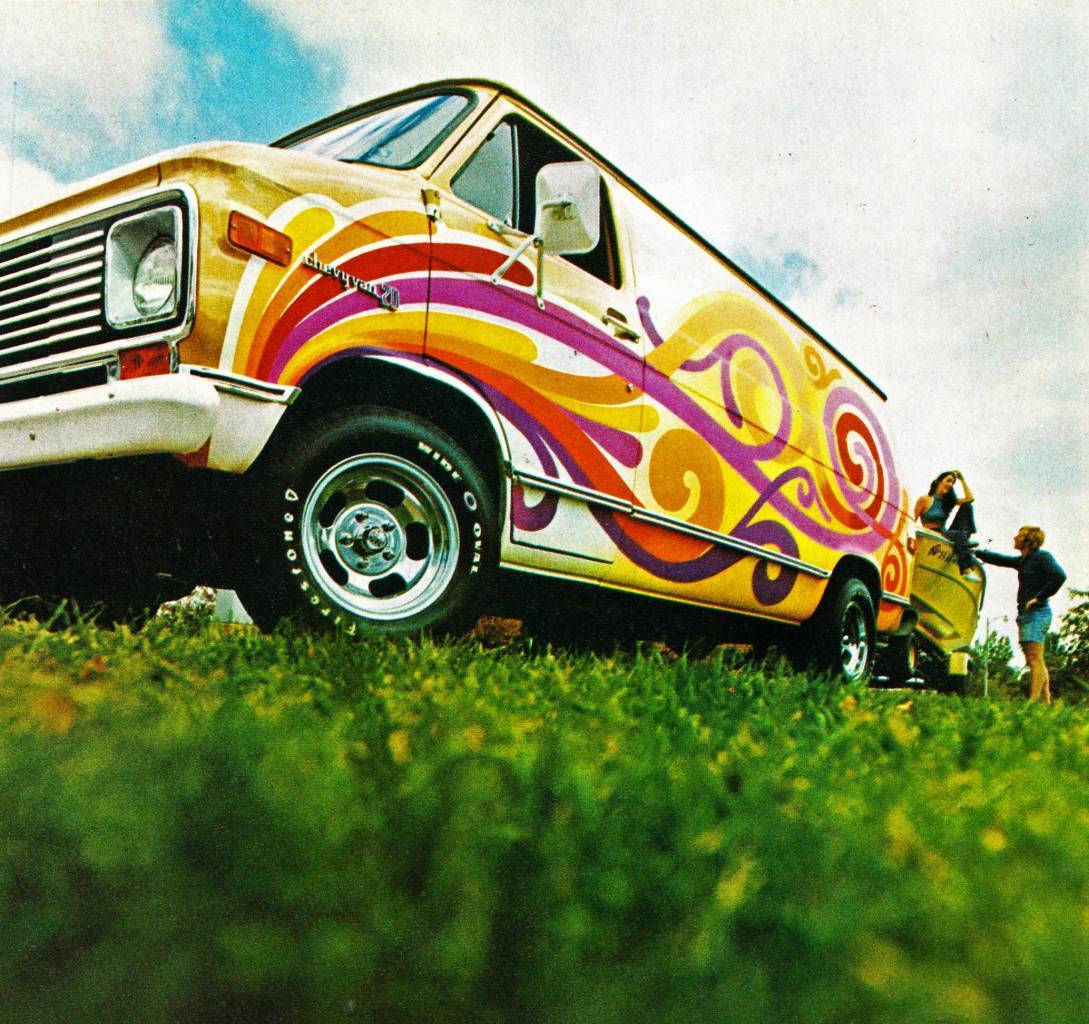 Interestingly for a manufacturer that usually was the third of the Big Four (then Big Three), Dodge built the van that seemed to get the most praise from van magazines. And then Dodge looked at what people were doing to its vans and decided to help by introducing … 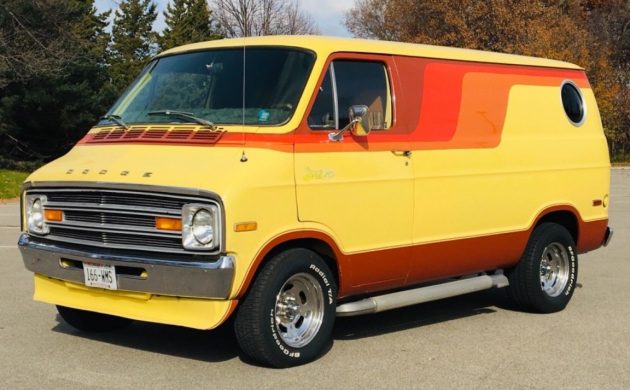 … the Street Van, with factory semi-customization. 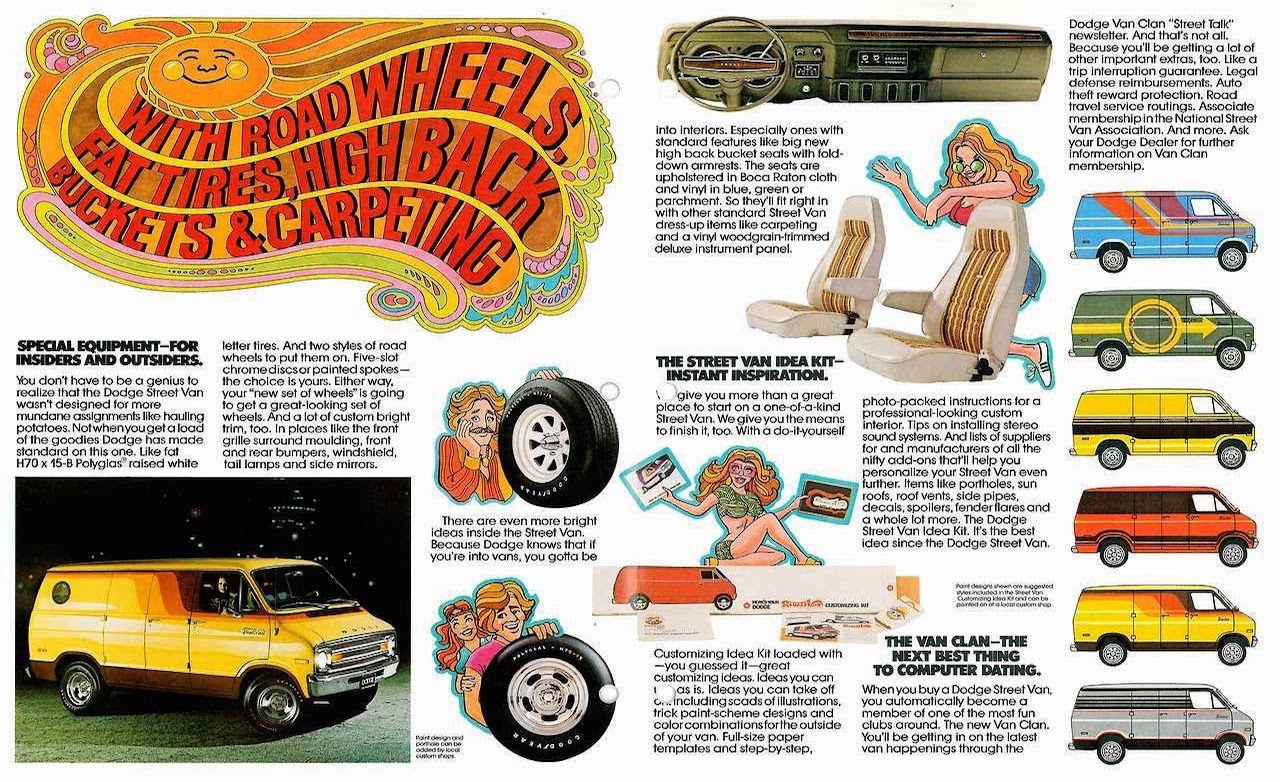 Ford saw (or learned about that), and decided to produce … 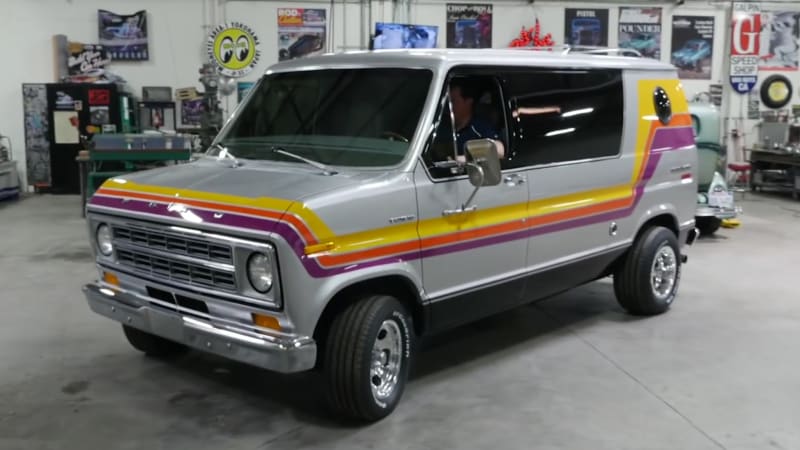 … the Cruising Van, done one better (or worse) by … 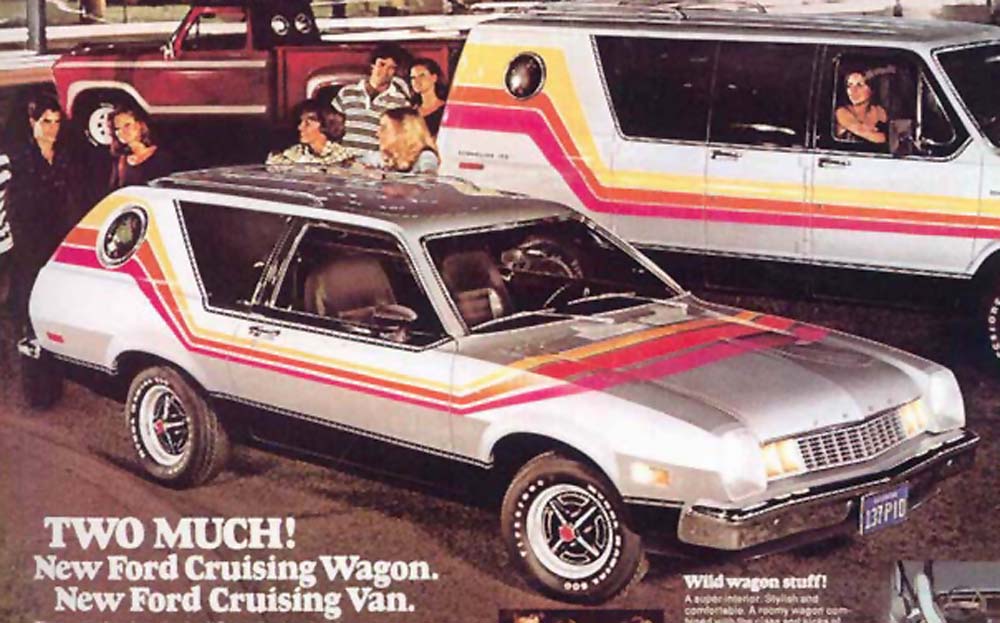 … the Pinto-based Cruising Wagon, yet another Detroit-created vehicular answer in search of a question. (Or, if you will, the love child of a Cruising Van and a 1950s-vintage sedan delivery.)

Not to be outdone, Chevrolet showed up with … 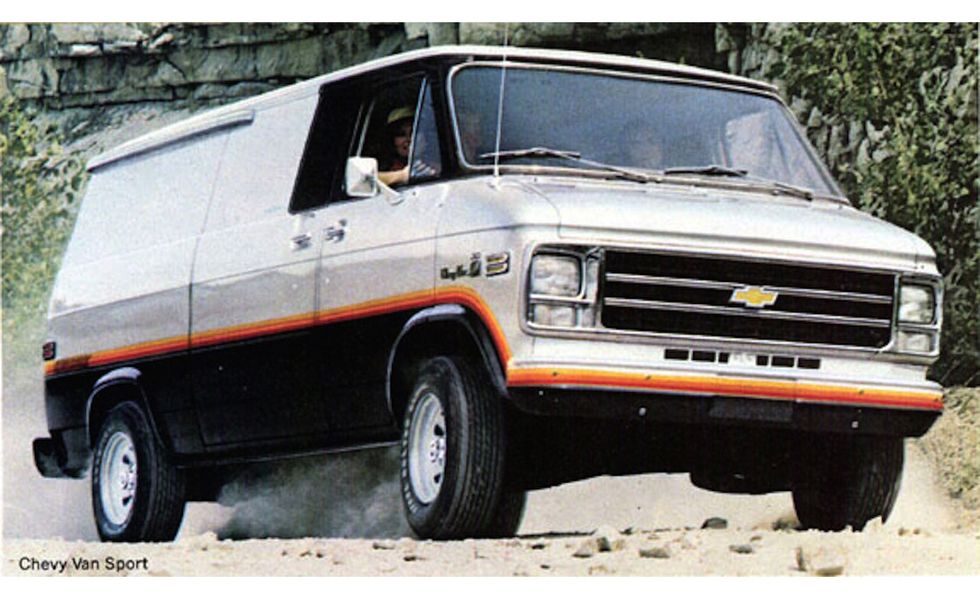 … the Van Sport (not to be confused with the Sportvan, a van with seating for up to 12 and windows).

My idea was to make a lifesize version of this Hot Wheels van, with chrome (!) paint and flames:

The custom van was a fad of the ’70s, brought to us by the Baby Boomer generation that enjoyed unprecedented (until then) prosperity, health (for those who avoided the Vietnam War) and cheap gas prices.