Today’s blog is about a member of my family who died earlier this month. A gathering of a group of his friends is taking place Saturday, when I cannot be there due to sportscasting commitments.

Even though I come from a relatively small family, I had a lot of relatives in my parents’ generation, some of whom are still living. My father was the oldest boy in his family, and my mother was the youngest of three, so I had aunts and uncles older and younger than my parents.

On my father’s side, I have three aunts I could describe as the “cool aunts.” Two are younger than my father, and the one who is older lives in California and New Mexico, which makes her automatically cool. Whatever fashion look I got from middle school Christmas gifts came from them.

Greg went into the Army after high school and then the Special Forces in Vietnam, was injured there and then spent nearly a year at an Army hospital in Okinawa. He almost never talked about his Vietnam experience. He was one of those people you had to work on to get him to open up, but when you did, he could be hilarious.

He talked quite a bit about his experience immediately after Vietnam, which was three years at UW–Madison as an engineering student on the GI Bill in the height of the protests against the war in which he had just fought. Greg had a second-floor apartment on State Street, and would watch the daily antiwar protest start on the Library Mall and then proceed up State Street to the Capitol, with the protestors/mob smashing business windows along the way. He knew Paul Soglin when Soglin was a UW Law School student and a leader of the protesters.

One day, Greg went to a class. This happened to be the day of a student strike protesting the war, which was to close the campus. As he told the story, he found his access to the classroom blocked by a student who announced he couldn’t go in. Greg said he had a class. The student said he couldn’t go in. The student found out that getting in the way of an ex-Green Beret was a poor decision on the student’s part. As Greg told the story, he was the only student who actually went to class that day, which made him easy to find when the police came to arrest him for assault, which was later amended down to disorderly conduct.

My uncle and aunt lived in Auburn, N.Y., for a few years. (That was where, as Greg told the story, their motorcycle broke down.) Then they came back to Wisconsin so Greg could take over his father’s building business. Thereafter he was a stockbroker and then started a machine shop in Appleton, which made him a reader of Marketplace Magazine back in a previous life of mine. He was a fan of my work.

Greg was never a parent, so he probably didn’t really know how to deal with little kids. I do recall that he would take quarters and hold them in his fists, and my brother and I would work to get the quarters out. That was difficult, because he was a strong guy.

One of the purposes of cool uncles is for them to introduce you to activities your parents may not necessarily endorse. That included driving their truck in a field a couple of years before I was legally able to do so. A couple of decades later, in their basement following the Packers’ clinching their second consecutive Super Bowl berth, I sat in their basement and smoked the only tobacco product I have ever smoked in my life — a Cuban cigar.

Before that, he purchased a dark green 1969 Corvette. (Which replaced a Harley–Davidson motorcycle.) I’m not sure which 427 V-8 engine it had, but I do know it had the M-22 “rock crusher” four-speed manual transmission. It did not, however, have power steering or brakes. He took it out with me one day, and we reached, shall we say, extralegal speeds. And then he let me drive it. I had never driven a stick before, nor had I ever driven a car without power steering before. (They’re easier to drive while moving.) He was amazingly patient while I figured out how to take off without killing the engine. Later on he bought another one he was going to rebuild, but I don’t believe he ever finished it. 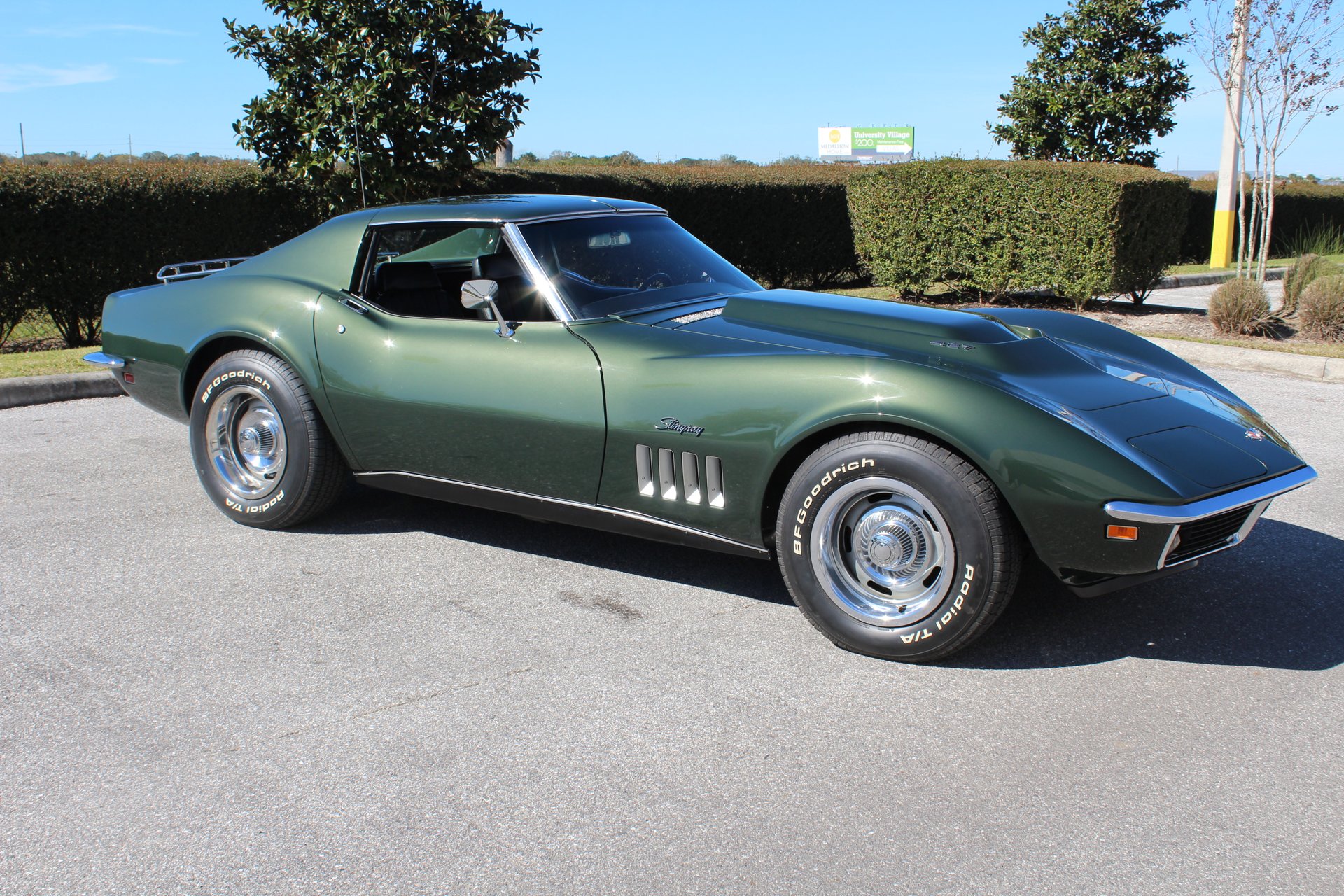 He was single-minded in his pursuit of his hobbies. The first I remember was photography. He had more lenses and filters than I previously seen in 1970s-vintage photography (before zoom lenses became a thing). He also thought it was fun to take his flash and fire it in people’s faces to temporarily blind them. Sometime later he took up pool, and then after his vision made it hard (in his opinion) to play he dropped that for piano.

They had a succession of dogs. The first I remember was Brandy, a golden retriever that might have been the best-trained dog I have ever seen. If you snapped your finger, she would stick out a front paw for a handshake. She went bird-hunting, even when she was old enough to need painkiller shots before she went out. On the day of the bicentennial Independence Day, Greg, Brandy, my dad, my brother and I all went out on the Madison lakes in a boat he owned, on one of those perfect summer days. Earlier that day our new puppy, Dolly, followed Brandy around so close that she kept getting hit in the face by Brandy’s tail.

Brandy was followed by Kelly, an Irish setter. I went out with them as he was training her, and nearly collapsed laughing when she started barking at a bulldozer blade that was just sitting in the woods. Greg thought that was less funny than I did.

About a decade later, when Mrs. Presteblog and I were living in Appleton, they went to a Caribbean island for a diving vacation. My brother was tasked with caring for Kelly and their other dog (I believe she was Susie the black-and-white setter), but he had to be out of town that weekend, so he asked me to feed them and let them out. I got to their house, and of course the dogs were overjoyed to see humans and seemed quite sad at the prospect of my leaving them alone. And so I brought them back to our house, where we had our two dogs and one cat, for the rest of the weekend.

Nick the male spaniel thought having three girl dogs around was the greatest thing ever. Puzzle the female spaniel did not agree, and decided to follow me around even more than usual out of jealousy we had never seen before from her. The cat, meanwhile, got up on our fish mounted in our loft, a place we never would have guessed she could have reached due to her girth, to stay away from the dogs while monitoring their presence. We have a photo of my feeding four dogs treats, all of them at rapt attention.

They also had, for a while, big birds. I got an introduction to one of them when he let out a macaw (Tigger, I think, was his name) and said macaw flew up onto my back, and then walked up to my shoulder.

I didn’t hunt with Greg, but cars were a common interest, as were the Packers, in their Gory Years and then in the 1990s when they returned to the top of the NFL. So was music.

One day we visited them in Richland Center. They had what appeared to be a state-of-the-then-art sound system with big speakers and a reel-to-reel tape player. For whatever reason he decided to play Chicago’s “Ballet for a Girl from Buchannon,” which included “Make Me Smile.” I had heard the latter, but not the whole thing. And never as loudly as he played it that day.

Did that make an impression? Well, I have seen Chicago four times in concert, most recently in Madison in May, with our trumpet- and trombone-playing sons.

I always looked forward to going to their house. He started presenting us with Bloody Marys you could chew and beer chasers. We watched Super Bowl XXXI there, with my parents and a group of their friends. (Afterward we decided in a snowstorm to drive to Lambeau Field, but that’s another story.)

One Sunday we decided to visit Frank’s Pizza Palace in Appleton. He wasn’t dressed for the day when we got there, and so someone made a comment about that. He didn’t say anything, but went upstairs and returned a half-hour later, wearing a suit, outdressing everyone else in the restaurant.

An even more epic night than that was Dec. 31, 1999, when the family determined the best way to depart 1999 and welcome 2000 was a course-per-hour dinner. We went along with our oldest son, who couldn’t see anything because he was four months in utero. I remember driving home after 2 a.m., listening, for one of the few times in my life, to Art Bell to see if any of the more dire predictions of Y2K were coming true. The next day — actually later that day — we drove back to watch the 2000 Rose Bowl.

These are my experiences with Greg that stand out. I hadn’t seen him for a few years after my uncle and aunt divorced. I now regret not having reached out to him since then. We’ll have to schedule a Bloody Mary you can chew sometime this weekend in his memory.