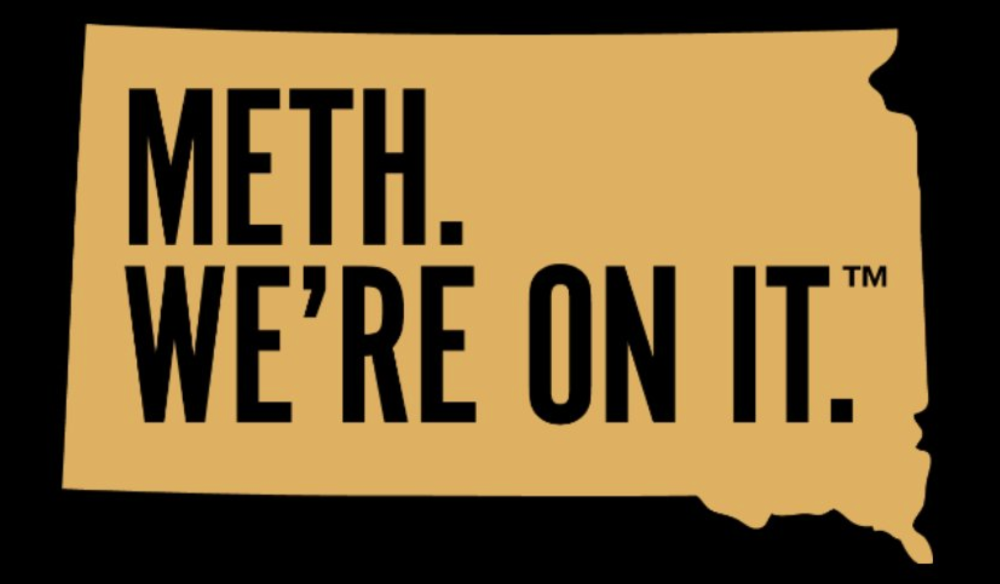 So . . .
That’s not a joke I’m Ron Burgundy?
[Monday] the government of South Dakota announced their anti-meth campaign, the slogan of which is, “Meth. We’re on it.”
This is a real thing that people spent money on. $450,000.
The internet is, as you might imagine, highly amused.
I mean, it’s not “Just Say No.”
Or, “This is your brain on drugs.”
Or, “From you, dad. I learned it from watching you.”
And on first glance this seems destined to be one of those advertising case studies where future scholars ask, “So, they wanted an anti-drug slogan and they settled on Look at me I’m on drugs!?!”
And the designers were so committed that they even trademarked the thing. (That “TM” is like a splinter in my eye. Make it stop.)
But here’s the thing: Isn’t this campaign also kind of genius?
Let’s stipulate that you can’t hang a value on “awareness.” Maybe it’s worthless. Maybe it’s really important. I don’t know.
For the sake of argument, though, let’s assume that “awareness” is a valid goal and evaluate this logo purely on how it achieves that goal.
Mission: Accomplished.
I could think of a dozen ways to stand up an anti-meth campaign that you would forget in an hour.
But “Meth. We’re on it.” is never going away. People will goof on it for a generation. There will be parodies. T-shirts. Stickers. Every middle schooler in South Dakota will, some day when they’re old, laugh with their buddies about that crazy “Meth. We’re on it.” thing.
I mean, if they don’t die from meth.
The goal of a piece of design like this is to hit people so hard that they have to take notice, that they talk about the concept, that they remember it and it resonates in the culture over time.
I would say that the South Dakota meth campaign achieves all of that.
Good for them.

A local example would be in the late 20th century, when what Wisconsin Energy, which formerly was Wisconsin Natural (Gas) and Wisconsin Electric (I know, because I wrote monthly checks), decided to call itself WE Energies, which Milwaukee talk radio host Charlie Sykes dubbed “WEnergies.” (Pronounced “wiener-jeez.”)

This is sort of a corollary to an incredibly annoying commercial that isn’t annoying merely from overbroadcast, but because of a feature that sets your teeth on edge. Some would say that’s good because you remember the ad. It’s not good, however, if you refuse to patronize the business because of their bad ads. (That would be me.)

Bad business decisions happen when there is no skeptic in the room, someone to point out how the brilliant idea could go horribly wrong.