The Hill reports about this ridiculous editorial decision: 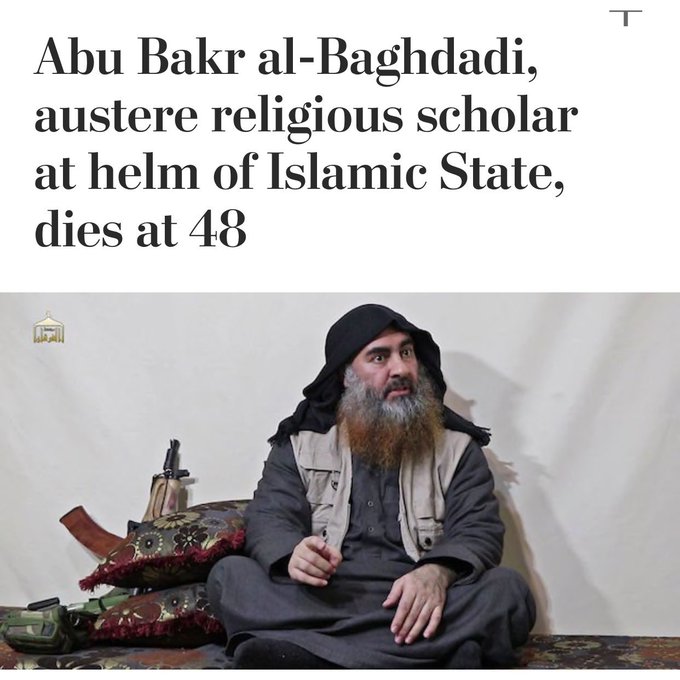 The Washington Post changed the headline on its obituary for ISIS leader Abu Bakr al-Baghdadi after initially calling him an “austere religious scholar at helm of Islamic State.”

The Post changed its headline for the obituary at least twice Sunday, starting by describing al-Baghdadi as the “Islamic State’s terrorist-in-chief.” The newspaper then adjusted the headline to call al-Baghdadi the “austere religious scholar at helm of Islamic State,” sparking some backlash on social media.

They had it right the first time.
The Washington Post changed the headline on its Al-Baghdadi obituary from “Islamic State’s terrorist-in-Chief” to “austere religious scholar at helm of Islamic State.” pic.twitter.com/cs243EVz7W

The headline has now been updated to describe al-Baghdadi as the “extremist leader of Islamic State.”

“The man who would become the founding leader of the world’s most brutal terrorist group spent his early adult years as an obscure academic, aiming for a quiet life as a professor of Islamic law,” the obituary reads.

Kristine Coratti Kelly, a spokesperson for the Post, tweeted that the headline “should never have read that way and we changed it quickly.”

Regarding our al-Baghdadi obituary, the headline should never have read that way and we changed it quickly.

“The thug who tried so hard to intimidate others spent his last moments in utter fear, in total panic and dread, terrified of the American forces bearing down on him,” the president said during the press conference. 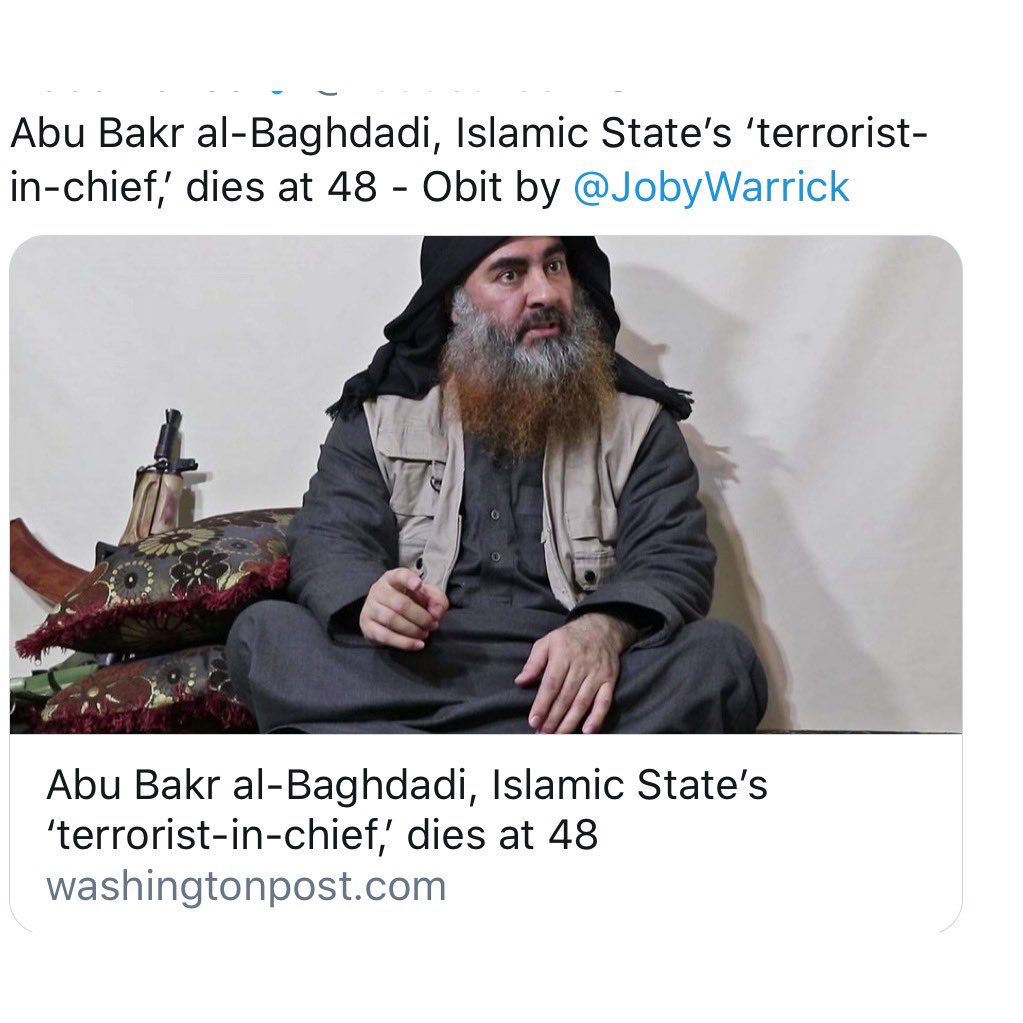 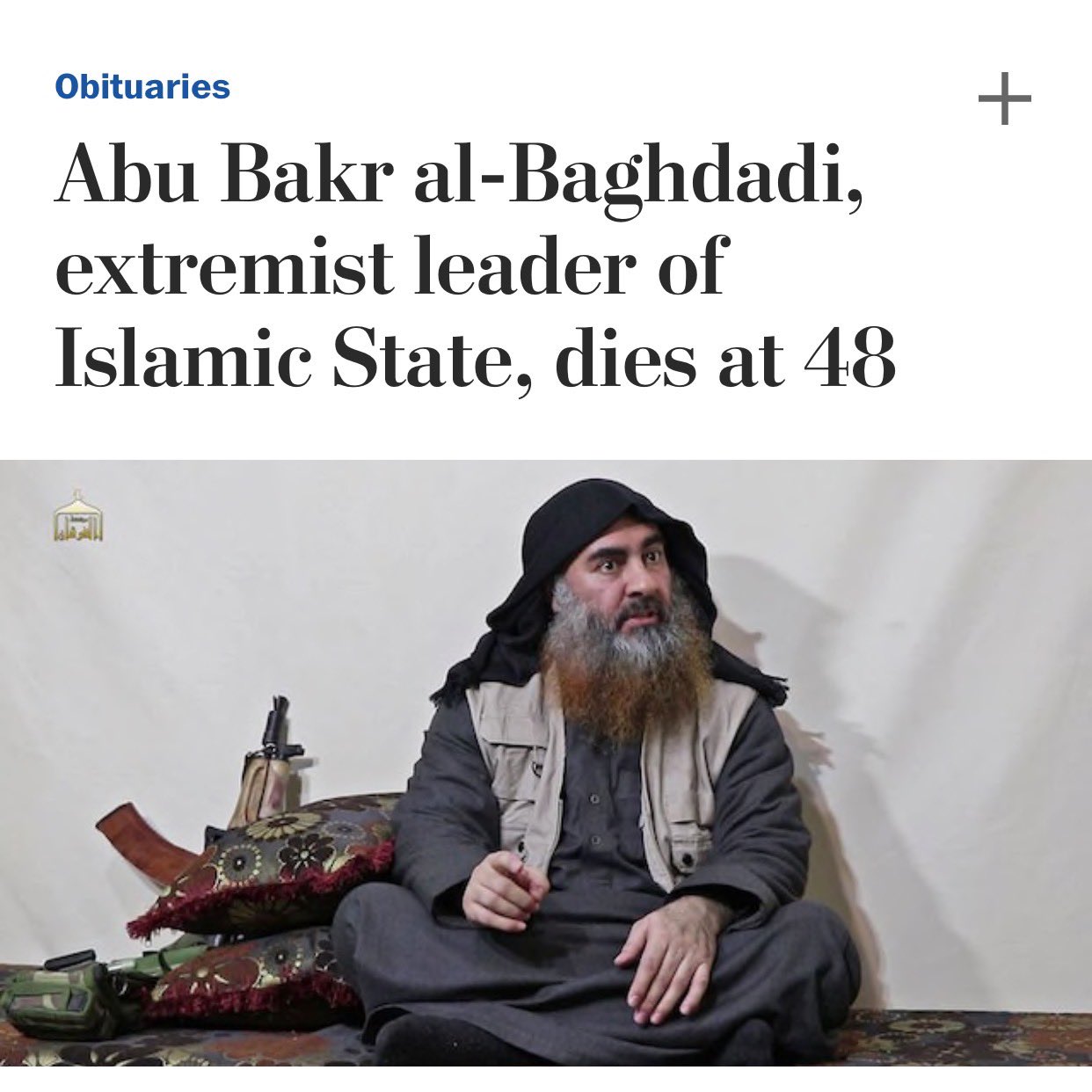 The reason I’m not part of the celebration is that Middle Eastern terrorist groups seem to easily replace their deceased leaders. Perhaps that suggests a larger required response.

People are parodying The Washington Post after the newspaper referred to Abu Bakr al-Baghdadi, the leader of the Islamic State terrorist group, as an “austere religious scholar” in a headline about his death. …

The headline change also inspired people to write parody headlines, under the hashtag #WaPoDeathNotices, describing the deaths of other notorious figures like the Qaeda leader Osama bin Laden and the “Harry Potter” villain Voldemort.

He saw a country wracked by poverty, illiteracy & disease. So he lead a revolution that uplifted the lives of millions. RIP #FidelCastro

Dzhokhar Tsarnaev, who once participated in the Boston marathon, has died #WaPoDeathNotices

Kristine Coratti Kelly, The Washington Post’s vice president of communications, tweeted on Sunday that the headline “should never have read that way” and that editors “changed it quickly.”