Cory Booker says an appeal to “patriotism” should be enough to convince Americans that higher taxes and his leadership are needed in 2020.

The New Jersey Democrat told CNN’s Jake Tapper over the weekend that Americans who want “the best for the country” can be convinced that ousting President Trump and raising taxes are economically good ideas as election season heats up.

“What do you say to somebody who says, ‘yeah, I’m not crazy about Trump, but the economy has done so much better and Republicans keep telling me, the Democratic nominee is going the raise my taxes and he is talking about raising taxes, so that might hurt the economy, hurt my bottom line,’” Mr. Tapper asked the presidential hopeful over the weekend. “What’s the counterargument?”

“We live in a nation with far more patriotism than people are expressing,” the Democrat replied Saturday from his home in Newark. “What I mean is folks want the best for the country. We know if your family doesn’t have a great public school, great health care, we’re all suffering and creating greater costs. … We’re all hurting because we have not envisioned an economy that invests in each other.”

Mr. Booker’s comments come against a political backdrop in which the unemployment rate — the lowest since December 1969 — sits at 3.6%.

In Booker’s case “patriotism” is a synonym for “sacrifice.” Sometimes this approach works for Democrats. Bill Clinton got elected president by convincing a plurality of American voters that the economy was going poorly when it wasn’t, and that sacrifice in the form of tax increases was necessary. That got him elected; it also turned his party from the majority in Congress to the minority in Congress.

Americans are perfectly willing to sacrifice when warranted, as shown in world wars I and II, Korea, Vietnam and various conflicts since Vietnam. Surrendering to the authority of government is not necessarily a warranted sacrifice, however, and it’s really not patriotic at all. (Clinton claimed you could not love your country and hate your government. As with many other things, notably his personal conduct, he was wrong.)

Democratic presidential candidate and New Jersey Sen. Cory Booker introduced a sweeping gun violence prevention plan. If elected, the campaign announced Monday that on day one of his presidency, Booker will use executive action to close gun sales loopholes and to make investments in communities affected by gun violence.

The plan, which is the most extensive gun violence prevention proposal put forth by a presidential candidate to date, prioritizes a gun licensing program whereby gun owners would be required to obtain a gun permit and pass an FBI background check. Under the proposal, the gun permit would be valid for up to five years. …

The Democratic presidential hopeful’s proposal also includes banning assault weapons, high-capacity magazines and bump stocks and closing multiple gun loopholes, including one known as the “Boyfriend Loophole.” According to the Giffords Law Center, federal law currently offers some protection to spouses of domestic abusers, banning those who have been convicted of domestic abuse or who are subject to domestic violence court orders from owning guns. But those protections don’t extend to partners who are not spouses.

Booker’s definition of “patriotism” flies in the face of history. This country began in large part because of a revolt against taxes. Remember no taxation without representation? And as the legend goes … 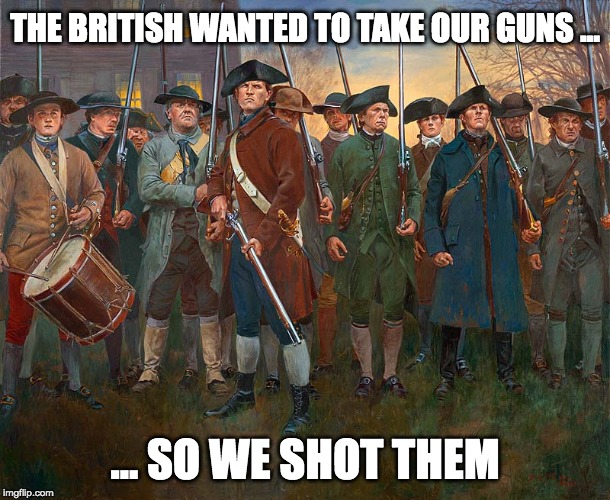