On Friday I wrote that the Brewers’ season would end either Friday or Saturday, meaning the Brewers were not going to be in the World Series.

Given the reality of this meme ..; 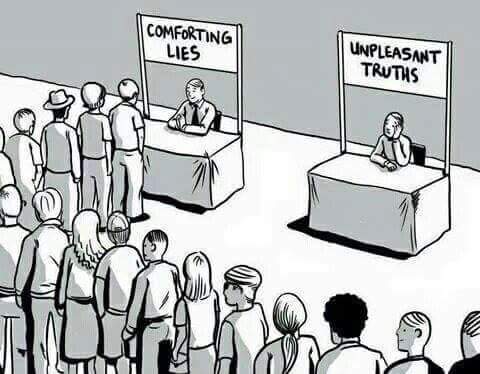 … you can imagine how popular my opinion was, including such Facebook comments as:

And one visual response:

I’m not happy I was right. “Fan” is short for “fanatic,” of course, and fans generally overstate the abilities of their team and lack objectivity about how well, or not, their team is playing. This team stopped hitting after game 3, perhaps because they were facing superior pitching. It turns out that, as I argued repeatedly and was ignored for the same, starting pitching is more valuable than bullpen pitching, as the Dodgers demonstrated with Clayton Kershaw after game 1 and with Ferris — I mean Walker — Bueller.

However, Major League Baseball deserves an assist for the Dodgers win for not suspending Manny Machado — for not even throwing him out of the game — after he attempted to injure shortstop Orlando Arcia and first baseman Jesus Aguilar. I would also love to see an analysis of the borderline pitches that were called strikes for Dodgers pitchers and balls for Brewers pitchers.

I’m not sure I’d go as far as this fan, but take it for what it’s worth:

Is there a mechanism for an average citizen to petition the FBI to investigate MLB for fraud?

The MLB rigged the 2018 postseason so heavily that something has to be done!:

1) First, MLB rigged it so the Rockies would have an easier path to the playoffs by getting the Nationals to bench Max Scherzer on the last day of the season, despite his incentive to go for the franchise record in strikeouts.

2) Second, MLB convince the Athletics to lay down for the AL Wild Card Game by starting their 13th best pitcher in an elimination game, so MLB could have Yankees/Red Sox.

I am sorry, but you cannot flail your arms with your legs totally still on a ball off the plate outside and hit it 410 feet!

If a normal ball was used, that is a weak flyout to center field.

MLB clearly used some special dynamite balls for the top of the 6th inning to ensure the Dodgers won the game.

The sad part is, out of the 3 teams, the Brewers actually deserve the most respect because I believe they refused to go along with MLB’s plan.

That is why MLB went to the dynamite balls to rig the game themselves.

You could certainly hear the sighs of relief in the MLB office and at Fox Sports (which allegedly broadcasted the NLCS, not that you could find it on a Fox station) with a Dodgers–Red Sox World Series instead of the Brewers in it. I certainly hope this World Series generates record-low ratings for Fox, and those viewers will not include myself.

A losing sports team is not a tragedy. (Although, as former baseball Bart Giamatti said, it is designed to break your heart.) It is a shame, however, that Bob Uecker probably now will die without covering a World Series. This is because the Brewers are not going to make a future World Series. In fact, they’re not even going to make the playoffs next year. (I already have a lunch bet on this point that I will spend the next year planning.) These playoffs exploited all the holes that every team playing the Brewers next year will seek to exploit.

Teams win because many of their players have career seasons all at the same time. The 1983, 2009 and 2012 Brewers seasons were full of optimism and even picks of the Brewers winning the World Series following their playoff appearances. That didn’t happen.

Fans were excessively optimistic after the 2017 season because the Brewers just missed the playoffs, even though the Brewers had zero chance of winning a single playoff game, and despite the presence of automatic outs Jonathan Villar and Keon Broxton in the lineup. Were it not for the offseason acquisitions of Lorenzo Cain and Christian Yelich and the in-season acquisitions of Joakim Soria, Mike Moustakas, Curtis Granderson and Gio Gonzalez, the Brewers wouldn’t have made the playoffs this year. What are the chances that (1) everyone on this team will play well or (2) the Brewers will successfully fill next season’s lineup holes, or even try to?

The prevailing opinion is that the sky is the limit for the Brewers’ young pitchers. To that, I point out former Brewers young pitchers Teddy Higuera, Juan Nieves, Chris Bosio, Bill Wegman, Cal Eldred, Ben Sheets and Yovani Gallardo, among numerous others. All were considered promising pitchers. Every one of them flamed out.

Josh Hader is more likely to blow out something in his arm than he is to duplicate the season he had this year. Fans seem to want Jeremy Jeffress gone because he gave up a three-run home run Saturday night when the Brewers were already down 2–1. Had Jeffress not given up that home run, the Brewers would have still lost 2–1.

The 2002 Anaheim Angels won a World Series with a team full of young players. They never got within sniffing distance of the World Series again. This, I think, will be the Brewers’ fate yet again. (One reason conservatives are smarter than liberals is that conservatives always expect the worst, so they’re never disappointed.) In order for the Brewers to win, as a small-market team in a sport that doesn’t want small-market teams to exist, basically every player decision has to be correct. There is no way that can happen again as well as it did this year.

I hope Brewers fans enjoyed the 2018 season. You won’t see one like this again.

One thought on “Sometimes I hate to be proven right”