The Wisconsin Badgers have been revealed as the most admirable team in college football.

The Wall Street Journal released an updated ranking of college football programs, and the kings of Madison took the top spot for most admirable. The WSJ uses several factors for the “Football Grid of Shame,” including team performance on the field and the actions of players off the field.

Or as the Journal puts it:

Winning goes a long way in college football. It packs stadiums, brings in money and can even lead to the glory of a national championship. But at many rpograms, there’s a qualifier: How much did fans have to grit their teeth and pinch their noses on their way to those victories?

Now the season is set to kick into full gear this weekend. Which means it’s time for The Wall Street Journal’s annual Grid of Shame, an exercise that quantifies answers to the two most important questions about your favorite team: How good are they? And how embarrassed should you be about them?

Observe in the upper right corner of the grid: 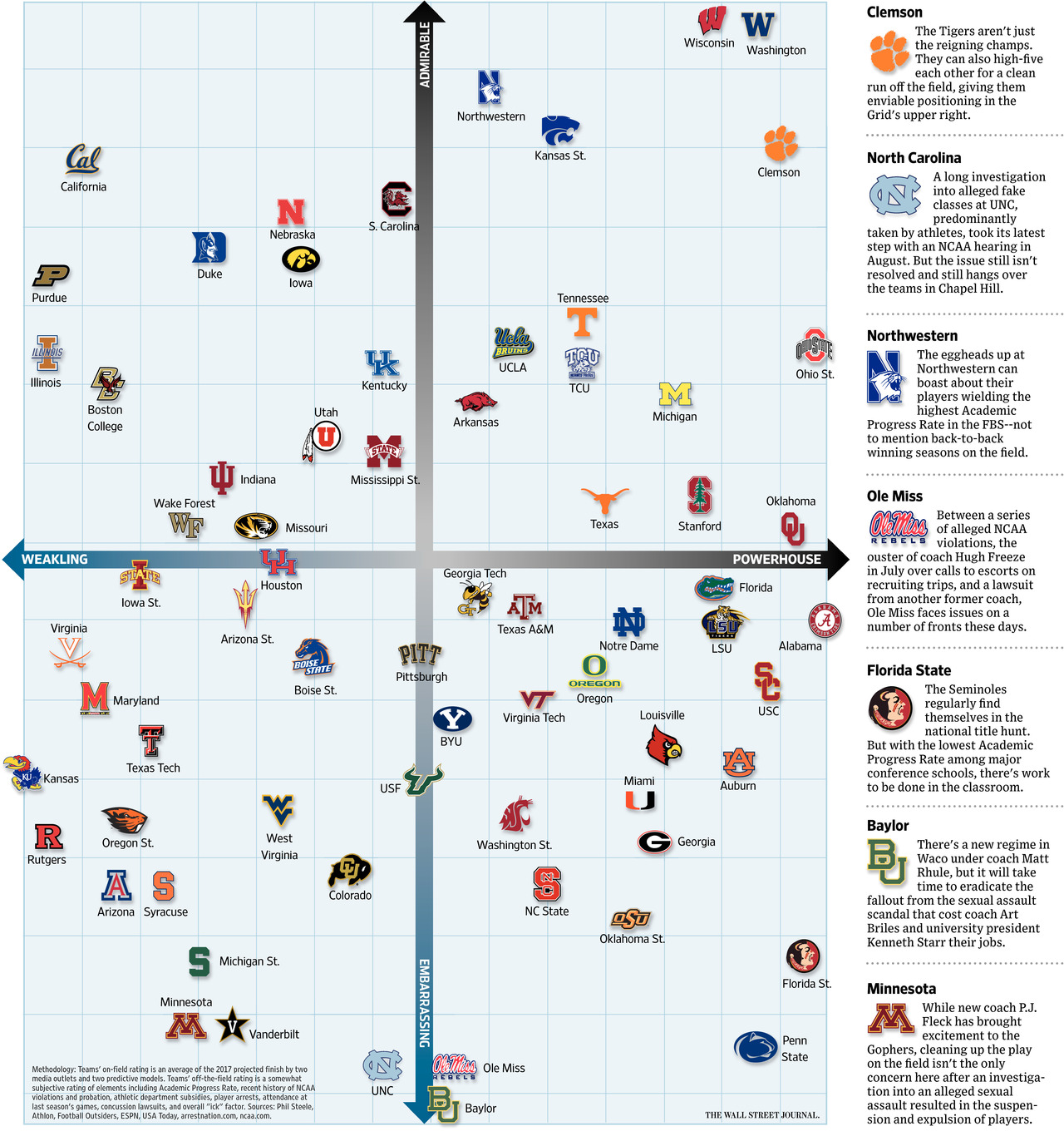 The only schools close to Wisconsin are Northwestern, Washington, Clemson and Kansas State.

Alabama and Ohio State are named as the two biggest power houses on the grid, but the Buckeyes are substantially higher on the ranking of most admirable. Baylor and Ole Miss were ranked as the worst programs for off-the-field issues.

I’m not going to lie, this is the least surprising thing I’ve ever seen in college football. Of course the Badgers are the most admirable. That’s what being a Wisconsin Badger is all about. We take care of business on the field, and we’re champions off the gridiron.

We accept nothing less than a culture of perfection. Do we win as much as Ohio State or Alabama? No, but we are still an elite program, and we do it the right way. We do it the Wisconsin way.

Glad the Wall Street Journal is showing my people the recognition we deserve, but of course, a true Wisconsin man doesn’t revel in attention. We just keep outworking our opponents on and off the field.

The story is behind a paywall, but if you’re wondering how schools got where they are:

What’s not to like about this? The Badgers play in a bowl game every year, and have played in more Big Ten championship games than any other Big Ten team. An alumnus coaches the team. The players graduate and generally behave themselves by the standards of college students. J.J. Watt, now of the Houston Texans, sought to raise $200,000 for Hurricane Harvey relief, and raised $27 million.

Note, meanwhile, who is in the opposite corner — Minnesota and Michigan State.