The New York Times has jumped onto the online quiz train:

How Y’all, Youse and You Guys Talk

What does the way you speak say about where you’re from? Answer all the questions below to see your personal dialect map.

Well, I took the quiz, which on how you say certain words and on popular local terminology for such things as carbonated beverages, the grassy area between a sidewalk and a curb, and four-lane highways. And here are the results: 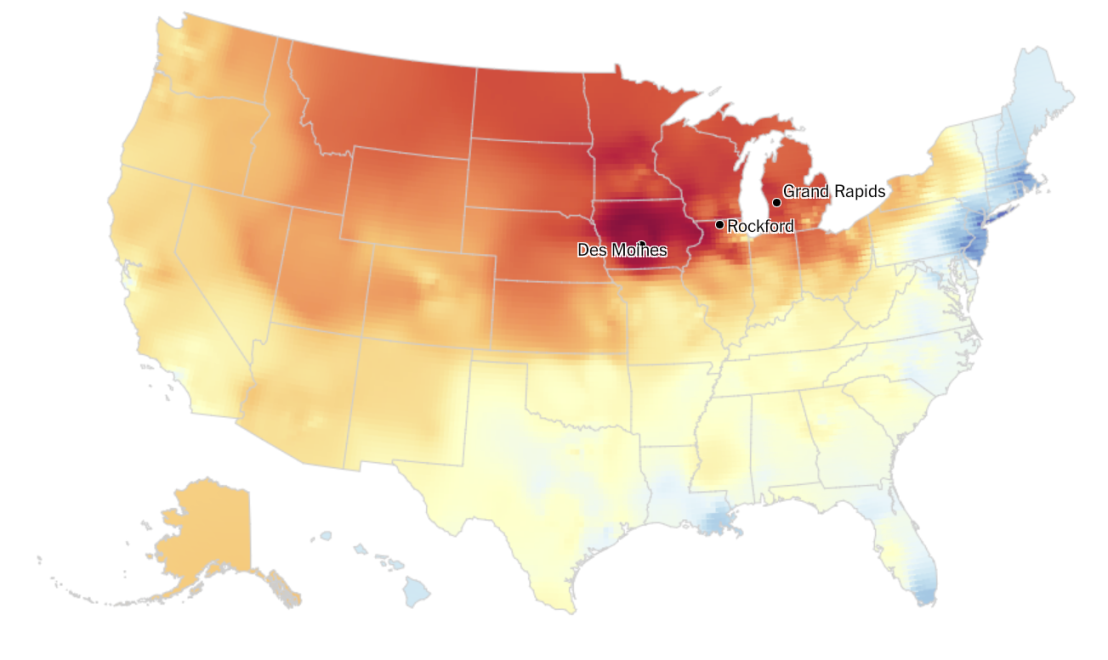 I have been in Grand Rapids and Rockford once each. I’ve driven through Des Moines, but I don’t remember ever stopping for anything more than a bathroom break.

If you take the quiz and select Least Similar (the map here shows Most Similar), I get Boston, New York and Jersey City. I have been in Boston once, for exactly one hour, on a flight layover at Logan International Airport.

This sort of dovetails with something I was told a few years ago that I have yet to understand. (Alcohol was involved, so maybe that’s the explanation.) I was told by two Illinoisians that I don’t sound like I’m from Wisconsin, despite the fact that I am a lifelong resident of Wisconsin. Others have said that too.

The only explanation I have is that, I guess, based on my broadcast experience perhaps I enunciate better than some of my fellow residents. The other thing I consciously do is avoid words that are not words, some of which are popular in this state: “youse,” the supposed plural of “you,” and “irregardless,” which is redundant, are two that come to mind.

This quiz doesn’t include such Wisconsinite terms as “booyah” (a stew made from wild game), “stop-and-go lights,” and, of course, the unending divisive debate between “water fountain” and “bubbler.”